Swan Re - THE STAR AND KEY OF THE INDIAN OCEAN

Costain Nikisi, of Swan RE, identiﬁes the key virtues of Mauritius as a captive insurance domicile.

Costain Nikisi is a Fellow of the Chartered Insurance Institute (FCII) and a Certiﬁed Actuarial Analyst with the Institute & Faculty of Actuaries. As technical executive for Swan Reinsurance PCC, he is responsible for the company’s operational strategy formulation and execution. He has a decade of experience spanning insurance, reinsurance and captive management.

Mauritius has developed and continues to sharpen the elements that will make the island nation a formidable captive insurance jurisdiction.

The following article highlights how the country is ratcheting up its service provision with the aim of becoming one of the world’s foremost captive domiciles.
Legal framework/regulation
The captive industry in Mauritius, as part of the wider insurance landscape, falls under the ambit of the Financial Services Commission, Mauritius (FSC). The FSC is the integrated regulator of all non-banking financial services and global business.
The FSC administers a raft of fine and modern pieces of legislation in regulating the captive insurance industry. We have the Protected Cell Companies Act 1999 and the Captive Insurance Act 2015, along with the Insurance Act 2005. The FSC has also developed subsidiary legislation, in the form of Rules, to operationalise these statutes. This includes the Solvency Rules 2007 and the Captive Insurance Rules 2016. The more comprehensive Third Party Captive Rules are in draft form, and we expect them to come into force later this year.
OECD and the EU Council
The Organisation of Economic Cooperation and Development (OECD) has in recent years been seized with the Base Erosion and Profit Shifting (Beps) project, legislation intended to curb the use of structures and jurisdictions to reduce taxable income and/or tax burden. Captive insurance has fallen under the spotlight, and a number of jurisdictions have been blacklisted as tax havens. While Mauritius was included on the OECD watch list, it was subsequently removed.
The European Council also released a list of countries that it considered had harmful tax practices/regimes in February 2019. That list originally mentioned Mauritius for inadequate substance requirements. However, the Government of Mauritius moved swiftly to address the areas of concern, and in a revised list in March 2019, Mauritius had been removed.
These revisions show the commitment of the island nation to provide an international financial centre of repute.
Capitalisation/solvency issues
The capital required to be held by captive structures is determined on a risk-based approach. Protected cell captives apply the solvency regime that requires the capital to be commensurate with the insurance (policy liability), credit, liquidity, concentration and catastrophe risk profile of the cell captive.
On the other hand, pure captives should hold capital to mirror their risks, as measured by underwriting capital and asset capital, subject to a minimum of MUR3m (approx. $86,000). Underwriting capital reﬂects the insurance risks of the captive as assessed from either its premium income or from its loss reserves. Asset capital is meant to provide a buffer in view of the captive’s asset mix, with higher capital charges for less liquid assets and insider loans.
Captive setup process, options and costs
To set up a protected cell, a client needs to agree on the broad business case with a protected cell company registered in Mauritius. This should be formalised by way of a business plan covering: inter alia, the insurance product and sources of business, the policy wording and reinsurance arrangements, distribution matters, operational procedures and a three-year financial forecast. The financial forecast should also include a solvency assessment for the forecast period.
The protected cell company then submits an application at the FSC, accompanied by the business plan, KYC documents and an actuarial report on the soundness of the financial forecast and underlying assumptions, adequacy of reserving, pricing and reinsurance as well as certifying that there is indeed a proper insurance product.
In the case of pure captives, prospective clients need to identify a captive insurance agent in Mauritius who acts as the manager and liaison with the FSC on all matters relating to the captive, starting with the formation. The captive manager can also perform the statutory role of resident director for the pure captive.
Once the FSC approves creation of the cell or pure captive, as the case may be, parties can formalise their relationship by way of a shareholder’s agreement for a cell or a captive management agreement for a pure captive. Capital can then be injected and risk assumption ensues.
An application to create a pure captive does not attract a processing fee, but a fee of $300 is levied for a new cell captive. Each cell of a PCC operating under a professional reinsurer licence will also need to pay a $400 annual fixed fee to the regulator, while a pure captive must pay an annual fee of $2,000.
Advantages of Mauritius as a captive  destination
Creating and maintaining a captive structure in Mauritius brings several advantages.
Swan Reinsurance PCC
Swan Re is a subsidiary of Swan General Ltd, Mauritius’ largest insurance group. With a balance sheet worth over $1.3bn, the group provides top-level security and peace of mind to its customers.
Swan Re is a leading protected cell company in the region.
With a composite professional reinsurance licence, Swan Re is able to provide a comprehensive bouquet of cell captive products. The company deploys its qualified and experienced human capital to provide bespoke risk financing solutions. The A-Z spectrum of our activities is such that we are truly a one-stop-shop. We facilitate feasibility studies, structure the primary insurance product and outwards reinsurance and ensure an arm’s length pricing structure. We subsequently create the cell through the FSC, and administer the cell in terms of its capitalisation, revenue, claims and other expenses, as well as investments. Swan Re also fulfils the solvency monitoring, actuarial, auditing and reporting requirements for the cells. All this allows our clients to comfortably watch over the improvement of their economic capital through the captive vehicle.
More details on our website www.swanforlife.com/pcc
Back to news archives 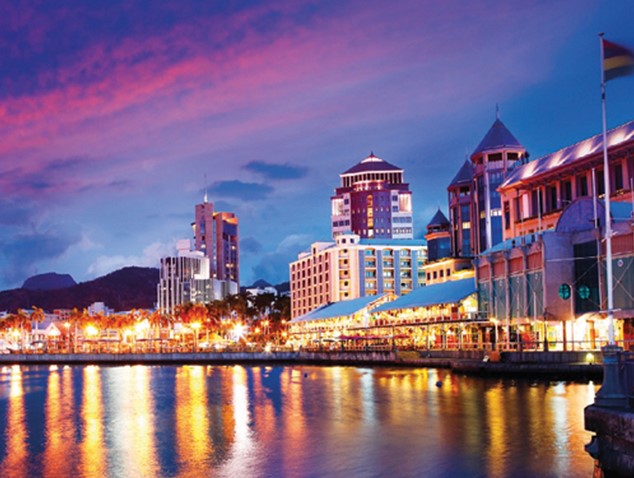